We are surrounded by bacteria. We are dependent on “good” or “beneficial” bacteria (probiotics) for our digestive system to work properly. We also have trillions of bacteria on our skin – this is called microflora. The bacterial balance of each person’s microflora varies and contains “good” bacteria – probiotics – as well as “bad” bacteria, known as pathogenic bacteria. In addition, everywhere we go and everything we consume has bacterial presence on it or in it. Whether its water, soil, our kitchen workbench, our pets or the carpet we walk on – we constantly interact with these microorganisms.

A wide range of pathogenic (disease-causing) bacteria and fungi cause numerous health problems in humans and animals. In addition to the dangers that these organisms bring to us on an individual level, they also provide huge economic losses such as increased animal mortality (agriculture), loss of production (food) and increasing healthcare costs.

The discovery of antibiotics and disinfectants offered a solution in the big fight against these bacteria. When the first antibiotic penicillin was applied in practice during World War II, it proved to be a panacea to suppress infection. In the decades that followed, these chemicals have been widely used, under the assumption that diseases and bacteria could be suppressed forever.

Unfortunately, it soon became clear that certain bacteria began to oppose the commonly used antibiotics. These types of bacteria have become resistant. This means that a certain pathogen was no longer affected by a given dose of antibiotic, causing complications in healing infections. The next phase saw the appearance of multi-resistant bacteria. Commonly described as Superbugs, these bacteria developed resistance to multiple types of antibiotics.

The known MRSA bacteria (which stands for Multi-Resistant Staphylococcus Aureus) was one of the first to arise. This bacterium still causes major problems in hospitals worldwide.

The emergence of multi-resistant bacteria led to the start of a negative and dangerous development in general hygiene: Suddenly a strong emphasis on ‘sanitizing’ of an area became prevalent, and a new motto became the consensus: if you cannot suppress it with antibiotics once they have caused illnesses – then it should just be killed on and around people.

In the last 15-plus years, we have also seen a dramatic increase in sales of disinfectants, which are becoming more ‘normal’ household products, equipped with a touch-dangerous chemicals. The Covid-19 pandemic has turned what was already a bad situation into a devastating one with unprecedented amounts of disinfectants and sanitisers deployed unnecessarily during the pandemic. The consequences are dramatic. In recent years, we see that many of the resistant bacteria very quickly develop resistance to these disinfectants and sanitisers. It is clear that the era of antibiotics and disinfectants use has come to an end and that alternatives, such as prebiotic and probiotic cleaning, are not just necessary, but are the only reasonable solution to many of the problems we are facing.

A Biofilm is a protective layer developed as a defensive mechanism by pathogenic (disease-causing) bacteria. You often encounter biofilms as a pink or orange slime in your shower, tub or sink, although they exist in many other shapes and forms. Chemical or enzyme-based cleaning products cannot penetrate biofilms.

A biofilm is a complex aggregation of micro-organisms in a protective and adhesive matrix. Although innumerable different types of biofilms can arise, they do have some characteristics in common: they are attached to a (carrier) surface, have an irregular structure, are home to sometimes very diverse microbial community and are strongly reinforced by the extracellular matrix of polymeric substances. In no time, the biofilm grows into a macroscopic structure with which a very persistent matrix is produced that protects the microorganisms from the outside world. A mature biofilm is a very complex structure in which the various micro-organisms interact with each other and each performs their own metabolic functions. Their common goal: shielding the outside world and the maintenance of the protective matrix. The extracellular matrix can be seen as the “glue” that holds the whole biofilm together. It consists of polymers, which are called collectively extra cellular polymeric substances or exopolysaccharides (EPS). This matrix protects the cells and allows internal communications by using biochemical signals. There will also often be “channels” found in the matrix, which allow the transport of nutrients. It is known that micro-organisms in a biofilm will behave differently. There are often more pathogens in such structures which share their DNA and are also 1000x more resistant against antibiotics, detergents and biocides. 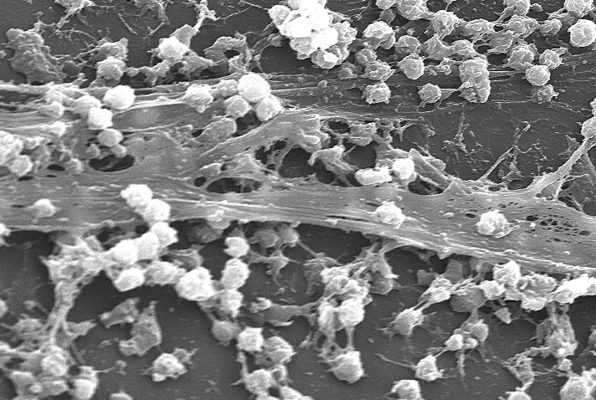 Traditional cleaning products, use chemicals to temporarily clean and disinfect the cleaned areas, with a temporary and short-lasting effect. To make things worse, that approach is actually promoting the appearance of resistant bacterial strains.

A superior alternative for disinfection is microbial management. Bacteria are vital for life on earth, and the majority of the bacteria are useful. It is therefore not advisable to get rid of them all. Instead, it is better to create a healthy balance between the bacteria, so the risk of harmful bacteria will be much smaller. Microbial management through Biological Sanitation is based on the balance of the microbiome: rather than trying to eliminate all microbes, it is more effective to replace the bad ones with good microbes.

By doing so, we aim to achieve a stable microflora in a given area, not by fighting against the bacteria but by fighting with them. This can be done by Chrisal’s Synbio cleaning solutions. 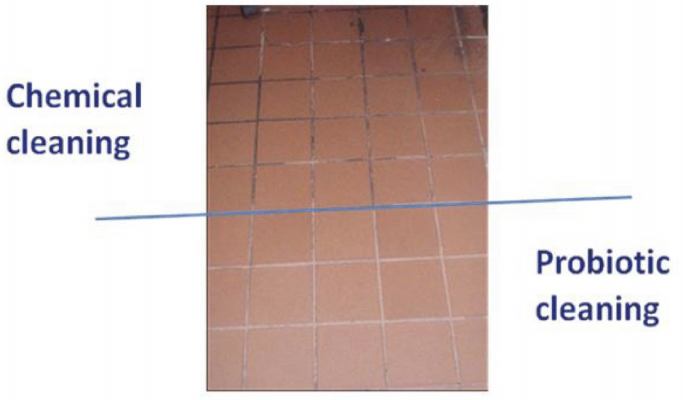 How to approach the biofilm

The formation and presence of biofilm are, as the name clearly states, a problem of a biological nature. It is known that a biofilm will shield itself from strong and effective kinds of chemicals such as detergents, biocides and antibiotics. The only way to prevent the formation of biofilms and to remove existing instances efficiently is by using biological infiltrators from inside to do their work. The probiotic bacteria in Chrisal’s Synbio products ensure that:

Composition of Prebiotic and Probiotic Cleaning

Probiotic cleaning products contain multiple cleaning components, some of which provide the initial, superficial clean – the removal of visible dirt. In addition, probiotic cleaners contain a combination of enzymes and probiotic bacteria, which are responsible for cleaning aftereffects:

They provide stabilization of the microflora (overall bacterial composition of an area), as well as creating a natural protection layer by occupying the areas with harmless, “good” bacteria.

As a result, there is no longer sufficient space and nutrients available for other organisms that “land” on the cleaned surface, thus reducing the risk of the development of harmful bacteria.

With prebiotic and probiotic (synbiotic) cleaners, you achieve two things at once: on the one hand, a healthy microflora is applied to the surface, on the other hand, you no longer use harmful chemical disinfectants so the resistance of bacteria is no longer encouraged. 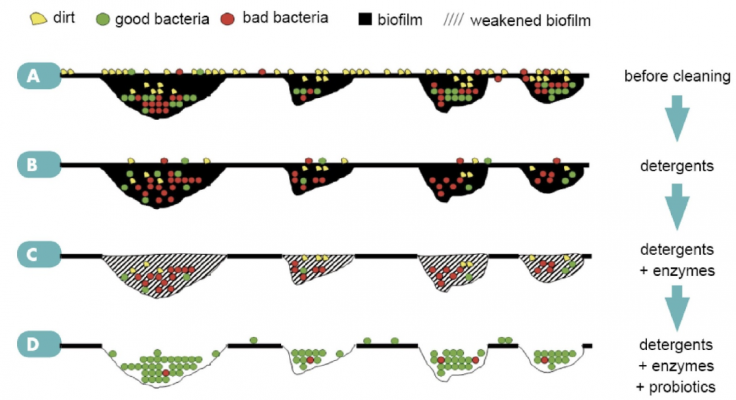 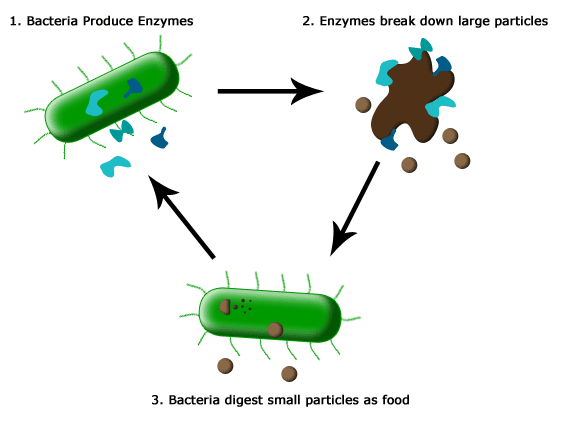 ADD TO CART
Back to top